“The pipe trades course saved my child from being a high school dropout,” says the mother of Dean, a grade 11 student in Calgary.

Dean’s elementary school teachers often described him as slow to learn, lazy, and unmotivated. He struggled with his learning and socially with his peers. By the time he was in grade three he was clearly behind the rest of his class.

Eventually, after a series of tests, the reason for Dean’s struggles became clear. Dean was 90% deaf and needed surgery to repair his eardrums.

The surgery was a success and suddenly Dean was thrown into a world filled with sound.

Learning without hearing had been holding Dean back, but being surrounded by a noisy world was causing an entirely new set of problems.

The classroom continued to be a struggle. Dean would constantly complain to his mother. “School is too hard Mom. I can’t do it.”

Even with hours of support outside of the classroom, every school day was a challenge.

By grade nine, Dean was so stressed about school that he missed several days due to stomach aches, headaches, and pure exhaustion. Dropping out was beginning to look like a reality .

Everything changed in grade ten.

Through a friend, Dean discovered the pipe trades exploratory program. With funding from EducationMatters, students work with Local 496 to learn about trades in the pipe fitting industry.

After attending the orientation, Dean’s excitement was obvious.

“I will never forget that day,” says his mother. “He had stars in his eyes, a skip in his step and was ecstatic about his future.” 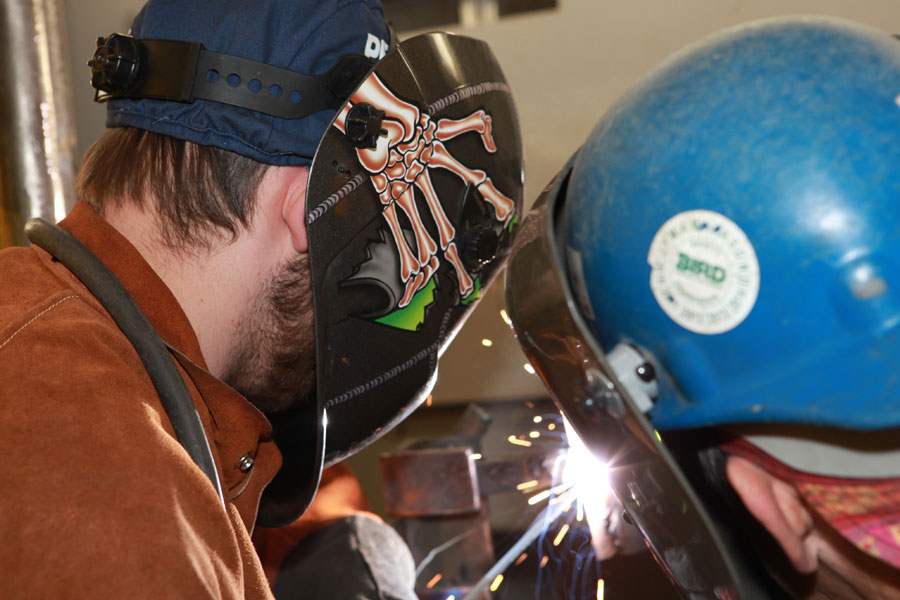 Dean’s life changed. He showed up to pipe fitting training early each day and finished the program at the top of his class. He never missed a day.

He was offered an apprenticeship with a local company and began working part-time during high school towards his journeyman ticket.

He even began asking his teachers for additional help at school.

Dean will graduate with a high school diploma, many of the courses needed for his journeyman ticket, and over 1000 hours towards his apprenticeship.

The kid who was seen as lazy and unmotivated is now one of the hardest working students in his high school.