EducationMatters is pleased to present Ksistsikoom on June 2 and 3, 2018 at the University of Calgary’s Reeve Theatre.

Grade nine students from William D. Pratt School are working with Kainai Elder Saa’ kokoto to stage an adaptation of his play Ksistikoom, which means thunder. 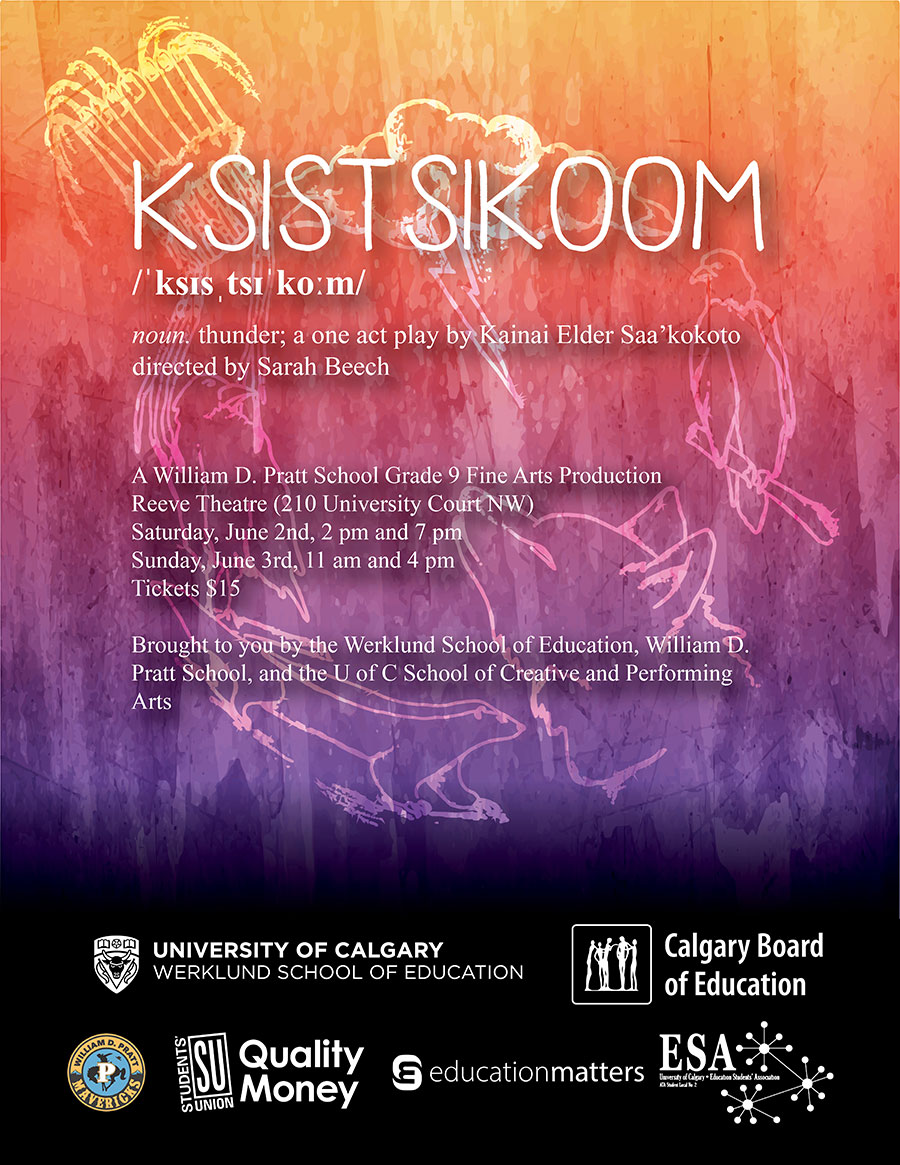 The project gives roughly 60 students a chance to connect with the Indigenous community in Calgary and learn from people across all areas of the Treaty 7 region.

The students are gaining a lot by working with Elder Saa’kokoto.

“Elder Saa’ kokoto has been practicing Blackfoot with the students in order to pronounce words correctly and students have been consulting him on movement, dance, and costuming to ensure authenticity” says the director of the show, Sarah Beech.

“This is a fantastic project because it is such a collaborative effort,” says EducationMatters executive director Marilyn Field.

“It exposes a large group of non-Indigenous students to Indigenous culture, professional experience in the arts, and a wide-range of perspectives that are then presented to the community at large.”

Tickets are $15 and can be purchased through the University of Calgary box office online at: https://bit.ly/2LJf02g

The performance is suitable for all ages and will run approximately one hour in length.