A tragic avalanche in February 2003 rocked our community like never before. It left more questions than answers about the unfathomable loss of seven high school students. In its aftermath, the trail of destruction and chaos spread down the mountainside, across southern Alberta, and into the lives of everyone who knew the victims and hundreds more who did not. Ben Albert had been among the victims and had been a popular teammate on the Lake Bonavista hockey team for many years. 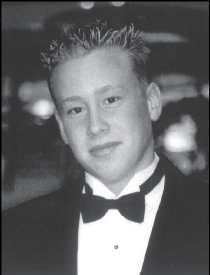 The Legacy Hockey Tournament started in 2004 through the efforts of a small group of parents who were inspired by the young lives that had been lost in an avalanche a year earlier. We could raise money, encourage athletics through participation, support education through bursaries and honour the example set by an outstanding friend, student and sportsman – Ben. During the following five years, The Legacy Tournament evolved into a sixteen-team event that has attracted participation from all over Western Canada and as far away as Switzerland, with the winning team receiving the Ben Albert Championship Trophy. A capital pool of $70,000 was created and paid out $9,000 in bursaries to players who were going on to post secondary studies.

The hundreds of volunteers, sponsors, players, coaches and parents are proud to have started a Legacy that will continue in perpetuity to influence and enhance lives and provide incentive for further education.

The next logical step to ensuring that the original vision would remain intact was the creation and financial seeding of an endowment fund with EducationMatters. This initiative will provide funding for a wide variety of people and programs that will enhance and promote learning, while making a positive change in many lives, forever. In supporting this fund, you not only honour the memory of a special young man, but you give the gift of learning.

Ben Albert’s personal passion for sports and school will now live to make a significant difference in Calgary and the world.